The Science Lab is a family home in Forest Gate by spatial designers Made with Volume.

Built in 1935, it was originally used as a school canteen, science laboratory and art department (it was an annex to the original school, which was built in 1905). It then had an incarnation as a recording complex, where it is rumoured that original boy band East 17 recorded their demo for their ‘Walthamstow’ album. In the early noughties, the building was squatted and a regular rave venue.

It’s now been painstakingly restored, retaining the integrity of the original Victorian hollow pot floor, and exposing the house’s original structural elements as design features. Existing architectural elements such as the concrete stairwell with metal handrails, solid pine parquet flooring and perimeter floor tiling have all been restored, while modern fixtures and fittings such as frameless doors have been added. The house also has a wildflower green roof and private roof terrace.

The Science Lab is a skilful exercise in elegant attention to detail, and received a Commendation in the Waltham Forest Design Awards 2017 for most creative building re-use. 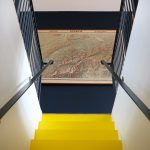 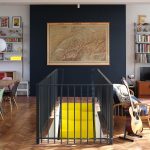 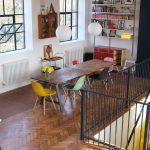 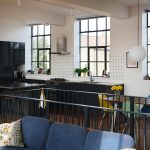 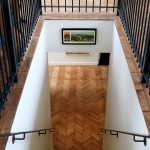